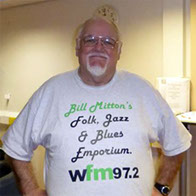 The Mighty Mitton... or if you prefer, the Grumbling Mancurian.  We're proud to include Bill in our circle of friends as he has been an inspiration to us in blowing the rules of broadcasting out of the window.

His Sunday show is co-hosted by Shelley Rainey (one third of the Bailey Sisters) and the mixture of Blues and Folk is a joy to hear. 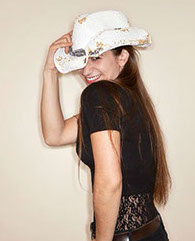 Sandrine France-Baker not only shares a common taste in hats with the Ranger along with a double barrelled surname, but he admits she suits the style a little bit better than he does.   Sandrine is a country and folk fan and presented a show on Stroud FM until a couple of months ago.   We've no doubt she is planning something new so watch her Facebook link for details of when it...   whatever IT is , is going to happen.

Richard Parry, AKA the Folk Jedi, also appeared regularly on the show and when we can find out which galaxy, far, far away, he's now broadcasting from we'll let you know. 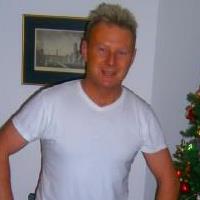 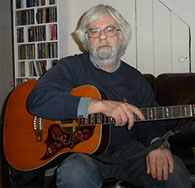